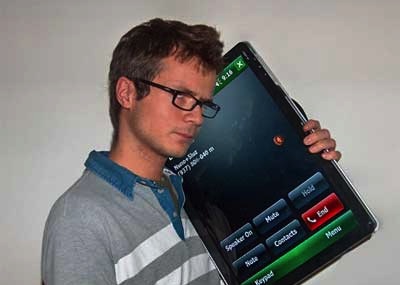 An article has made the rounds on all flavors of social networking between all my theater friends.  It involves a guy who got so fed up with a fellow audience member’s cell phone use during a live performance, that he actually made quite a scene by removing the device from the woman, damaging the device, and publicly shaming her.

I’ve been in several live performances where cell phones went off.  I was in one memorable performance where a performer stopped, bowed their head, waited for the cell phone to be silenced, and then continued on.  Nothing can be so destructive to live theater – especially to a live drama – as a ringtone. What is the problem?  I’m not asking this rhetorically.  I’m literally asking – what is the problem with using a cell phone in a theater?  Why is this in such bad taste, especially in a live performance?

I believe it comes down to a single answer: it signals you don’t want to be where you are.

Studies have shown that humans are actually terrible at multi-tasking.   (Yes, you too, women.)  We can really only focus on one thing at a time.  If you are staring at your phone, you really aren’t listening to your wife (sorry, sweetie) – and you most definitely aren’t really taking in the full experience of the offering that’s being given on a live stage.

So this is my new movement.  We have “slow food” and “eat local” – and now I present to you Be Where You Are.

And we can take this further than just the theater.  If you’re on a date, be on that date.  If you’re at dinner, be at dinner.  If you’re enjoying TV with your spouse, be with her.  I don’t think life will stop if you briefly read a TXT message or check an email, but you might just want to consider putting the device away, shutting off work for the day, and being somewhere else.

I’m going to try to do better at this.