OK. I’m ready to talk about the guns thing now.

First of all, thank you to everyone for laying off for a few days. I know it’s old-school, but we really all should take a breath and mourn the tragic loss of these young lives before we delve into too deeply into this political minefield that is loaded (pun intended) with emotion.

As I frequently do, I feel a little like I’m straddling a chasm here.  I grew up in rural America.  My family is a gun-owning family, and we target shoot for fun during our family activities.  I was brought up to both use and respect firearms from a young age.  I distinctly remember as a child being taught to shoot a .22 rifle by my Dad.  I remember being so frustrated because I couldn’t see down the scope because I didn’t know how to place my eye in relationship to the scope.  I have also lived in the 2nd largest city in the world, and was held up at gunpoint in that city by drugged out idiots who were just looking for money.  I currently live in DFW – one of the most crime-filled cities per capita in the nation.  And despite the healthy appetite for guns here, it hasn’t stopped crime or given anyone more of a feeling of societal security.

With that as a backdrop, I think the gun-owning public needs to just calm down a bit. No one is sending federal agents to go collect all your firearms. Rest easy knowing that the 2nd amendment has been very recently interpreted by SCOTUS to be a protect of the individual’s right to own weapons.

This does not mean we shouldn’t more closely regulate the gun trade. There are many practical things we can do to make getting weapons, ammunition, and associated paraphernalia harder. The automobile analogy floating around Facebook is quite good: we go to great lengths as a society to identify, regulate, tax, license, and track auto sales in this country, it is silly to think that we could not do so with weapons, especially the most dangerous kind that are uniquely designed for killing people.  I applaud KSL.com’s taking down of their Guns section of their popular classified ads.  I support closing the gun show loophole.  I even support laws, similar to what California has, requiring all private party gun transactions to be run through a registered gun dealer.  I suspect I support going deeper and tighter with these regulations than most of my conservative friends would agree with.  So be it.  I know we’ll never stop guns from getting into the wrong hands (save your breath and keystrokes), but we can put up enough checks, rechecks, roadblocks and barriers that it becomes a burden to anyone who doesn’t have a clean record, a good deal of patience, and money – just as it is to get a car.

But the mere existence of guns isn’t the issue.  What can we do about the obsession and adoration of violence in this country? I believe that no one is born a psychopathic killer, and at some point in their lives, the idea of senseless, wonton violence had to be implanted into their minds. For me, this extends to the obsession some have with collecting weapons. I say obsession, because for a small, vocal minority it is more than a hobby, more than an interest, more than a right to self-defense; it is a weird obsession with having the most dangerous, outlandish, diverse collection of armaments known to man. I’m not talking about having somewhat of a museum, I’m talking about having somewhat of an arsenal. We don’t need that. It doesn’t help anything.  And the fact that talk of their arsenal monopolizes conversation with pretty much everyone they meet in whatever context (work, church, little league, etc), leads me to wonder about their mental health…

… and speaking of mental health…

We can all be more cognizant of those who are among our families and friends who suffer from mental illness. Several heartbreaking articles have been written in the past few days of parents who fear this is the future for their mentally ill child, and who have no recourse other than to wait for the child to commit such an heinous act. This world has a terrible history of treating the mentally ill, with unthinkable “treatments” being practiced well into the 20th century. I pray that in the 21st century can lead to as many breakthroughs in mental health as the 20th century had in physical health.

One specific thing I have to mention is regarding the sentiment that the solution to the insecurity of our schools is to arm every teacher and principal and janitor in the school.  Really?  I don’t think this is an effective use of our teacher’s capacity.  Many will not be comfortable with it, many are not capable, and I simply dont’ think it’s a good idea for your teacher to be wearing a holster.  Our teachers are in the schools to educate, engage, and enlighten young minds.  This is not prison and they are not the prison guards (as much as some schools resemble that nowadays). They are not there to babysit and are not there to bodyguard.  If more protection of our schools through the presence of firearms is what we really think is necessary to protect our kids, we need trained policemen/security in the buildings – not a ragtag, adhoc training of some kindergarten teachers to be prepared at any time to switch from reading Goodnight Moon to her class to capping a stranger who walks through her door in a long trenchcoat.

That about sums it up. I’m sure all of you found something to hate in there, and you probably won’t hesitate to tell me about it. 🙂 Whether you agree or disagree, can we at least agree that now is not the time to do nothing? Can we agree that the status quo – of having so many of these tragic mass shooting among our most vulnerable citizens – is untenable and must change? Let’s agree to agree on that, and move on from there. 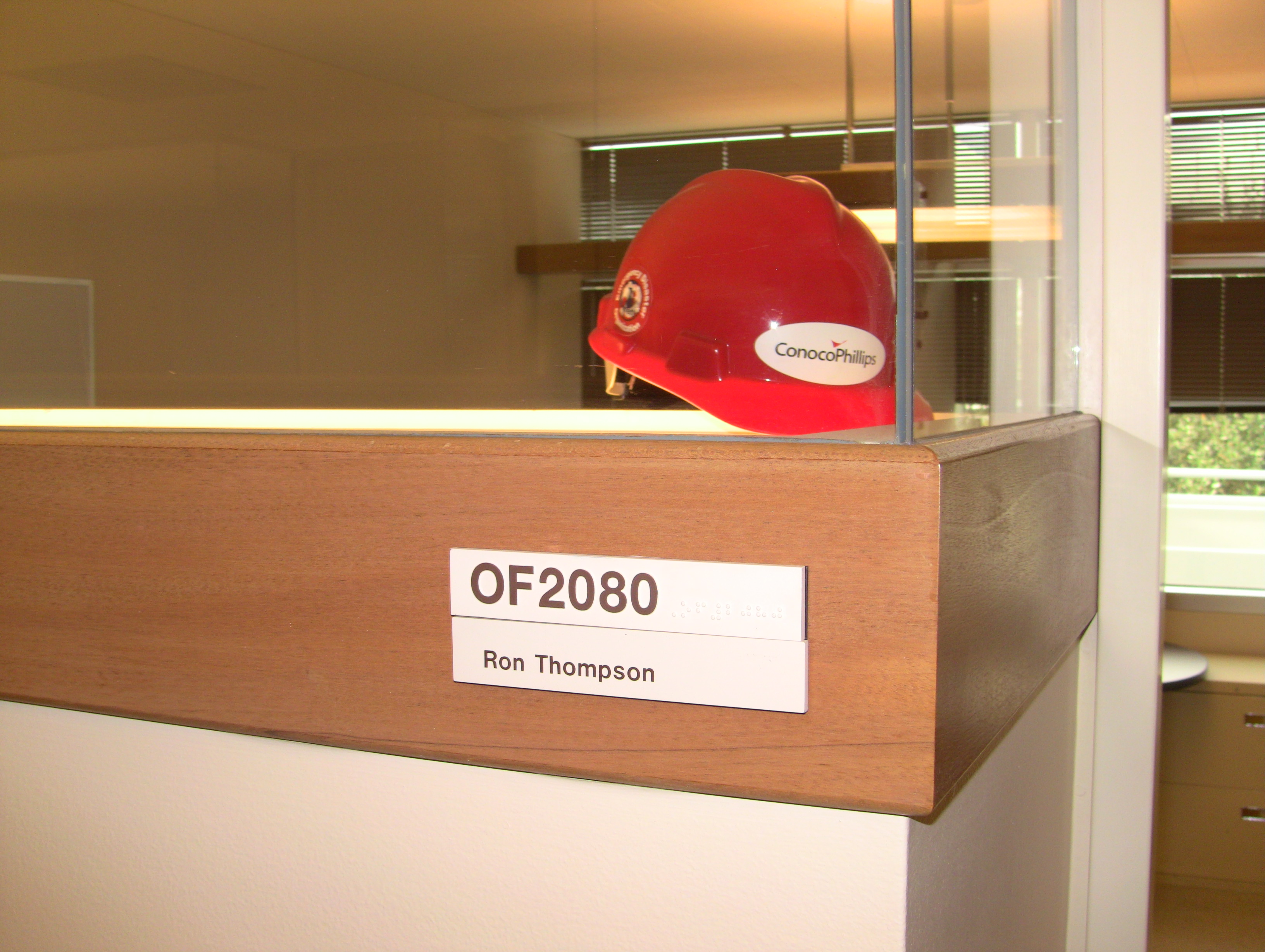 Last weekend, we took a whirlwind trip to Houston to attend a retirement party for Audrey’s dad.  Ron retired from ConocoPhillips after 36 years of dedicated service.  We are very happy for him and proud of his accomplishments – foremost of which is staying with one company for so long and thriving through every up and down.  (At one count, he said he had made it through about 20 layoffs)

I’ll admit, I’m a little jealous that he gets to sleep in as long as he wants every morning and work on whatever he wants all day with no deadlines looming and no manager hovering over his shoulder.  Only 29 more years until I cross that threshold!  🙂 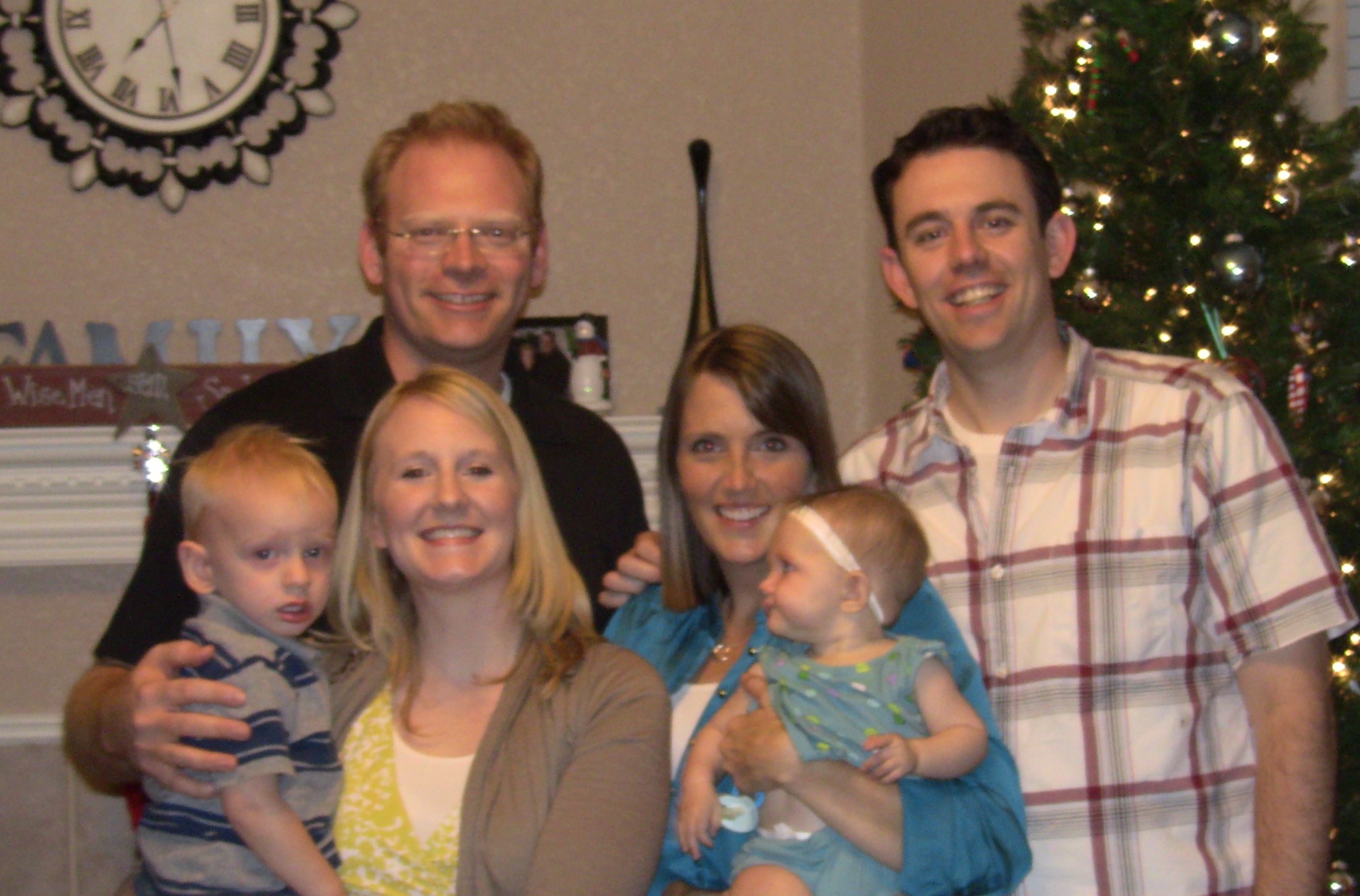 When I first moved to Dallas, one of the first people I met was Tamara Braun.  She and I were both invited over to our new bishop’s house for dinner one Sunday after church.  At the time, I was blissfully naive that such a thing was probably a setup by the bishop’s wife.  I just thought it was nice to get to know someone who was also new to the ward.

Fast forward a few months and a guy named Adam  moved in to our ward.  At that time, I was the elder’s quorum president, and I remember being impressed with him and thinking what a great asset he would be to our quorum.  He stood out in stark contrast to the “bug boys” who were there for the summer to pillage and plunder all they could.  Before anyone knew it (and quite surreptitiously – I assure you), Adam and Tamara were dating – then engaged – and before any of us knew it we were helping Adam move into their new apartment in Carrollton.

Several months passed without much thought of the Brauns.  I figured I probably wouldn’t see much of this great couple ever again, as was fairly common when making the transition out of the singles ward and into the world-of-the-marrieds.  However, due to a mutual friend and a group dinners at the Canary Cafe, the friendship was rekindled between myself and the Brauns – partly due to my small obsession with American Idol (see various posts from 2006-2010).  So, partly due to Simon Cowell, I was seeing a lot of the Brauns and we struck up a great friendship once more.

The Brauns were there through thick and thin.  Most particularly, they were there for the day when I plopped down on their couch and described a new girl in the ward who was clearly “out of my league”, but who I was trying hard to muster the courage to take a shot at.  Many pep-talks and dating-advice-sessions later, that girl who was totally out of my league became my wife.  Not that the credit is due to any single individual or entity, but the Braun family surely earned their portion.

The Brauns were one of our only/early “couple” friends.  We got to enjoy their war stories, and they enjoyed ours.  We got to love on their three beautiful daughters as they came along, and they got to love on our son when he was born.  Heck, we even share the same OBGYN, for crying out loud!  (On their recommendation.)

Why the sentimental history lesson?  Well, the Brauns are leaving us and moving to Arizona.

Tonight we got to say goodbye to them, and it really sucked.  I suppose since I spent most of the last decade being the one moving away from others – and looking forward to where I was headed – I haven’t had many experiences of being the one left behind to pick up the pieces, which feels totally different.

While I’ve been trying to tell myself that, in our connected world, we have so many ways to stay close even while far apart, it still hurts a bit to know that a couple of people who were such a big part of our life won’t be a stone’s throw away anymore.  No more quickie trips to InO.  No more American Idol watching parties (as if it’s worth watching anymore).  No more watching our kids play together as we solve each other’s problems and share our personal dilemmas.

We’ve penciled in some time to see them next year, and they reassure us they are returning in 2-3 years, but it still stinks.

However, Arizona people, your state is gaining the world’s coolest family.  Good luck you guys, and we’ll see you soon!