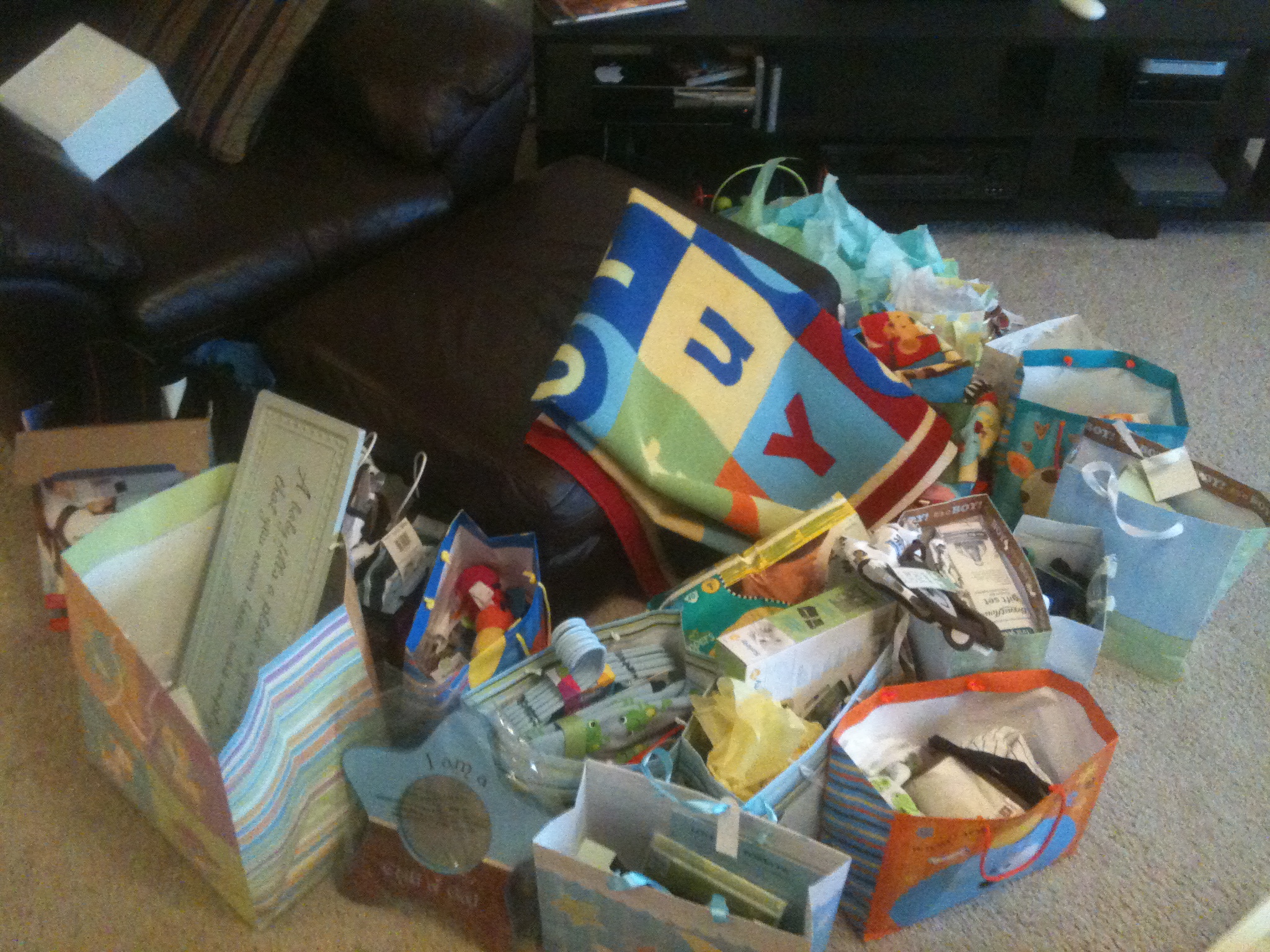 First, I felt quite overwhelmed on Saturday night when A2 brought home the haul she made at the baby shower thrown by her church friends and family.  This wasn’t a shower, it was a downpour! Seriously… each one of those bags is chuck full of stuff!

We got so much stuff!  Stuff is everywhere now.  Our entire family room is now covered in stuff.  This does not bode well for my recent commitment to lead a stuff-free life (Ben – I will get around to posting that 100-things blog some day – I think we blew the 100 things just in this one shower).

Really, I felt quite overwhelmed and grateful that people, many who have only known us for what feels like a short two years, would be so generous and giving.  Between this, the shower her coworkers are throwing this Friday, and the garbage bags full of clothes that keep appearing, we’re not going to have to buy a stitch of clothing for this kid!

While A2 and her mom and grandma enjoyed the shower, Ben, Travis, Ron, and I went to the NFL Experience at the Dallas Convention Center.

This thing was a pretty incredible celebration of all things NFL.  I don’t think I’ve seen Ben that thrilled since we explored the Swiss Family Robinson Treehouse at Disneyland as kids (epic treehouse).

Perhaps the best part was when we did the “Quarterback Challenge” – there were three cutouts, a receiver behind two defenders, that you had to hit in the hands with the ball.  You had 3 balls.  Ben’s score 0 of 3.  WhiteEyebrows’ score?  3-3.

3 thoughts on “I’m Quite Whelmed”